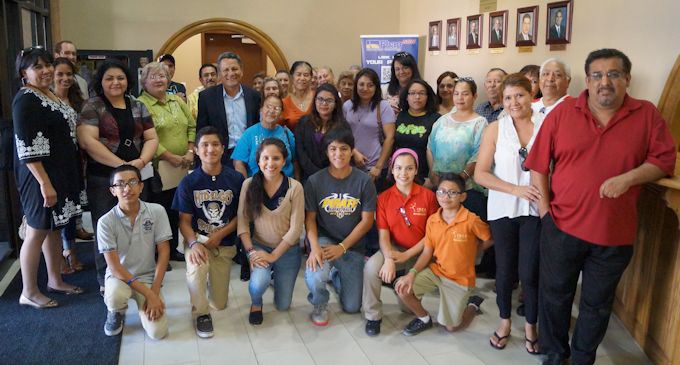 "Years back, when we went with 40 or 50 people and packed the city commission, Carmen Lopez, other leaders, and our youth, spoke before the commission," Anaya said. "Carmen was reminded she had three minutes to speak. When she was speaking, very eloquently in Spanish, she was interrupted by the previous mayor and told, can you speak English. If not, you need to sit down. That, in itself, gave so much anger to the community. We knew there was only one thing we could do and that was educate our voters and go out and vote."

The education of voters came through house meetings and accountability sessions, Anaya explained.

"The community came together and identified issues that mattered to the families, and particularly to the youth. We told the elected officials, we need parks, a library, a place to gather. At a key accountability session, two of city commissioners did not show up. One of them lost by 12 votes, the other by 40," Anaya said, referring back to the 2015 city council election campaign.

Said Pharr Mayor Ambrosio Hernandez: "All of Las Milpas is transformed, thanks in large part to Valley Interfaith. This group played a critical role in identifying the improvements the City of Pharr had to make, and I am sure they have done it throughout the Rio Grande Valley."